A few words about

Sex Workers from across India have demanded the repeal or amendment of all laws that criminalize them and people who support them. This demand was placed by over 50 members from 9 sex workers community groups, networks and organisations of sex workers from Maharashtra, Karnataka, Tamil Nadu and Andhra Pradesh who have come together in Pune to discuss the rights of women in sex work and the impact of various laws on their lives. 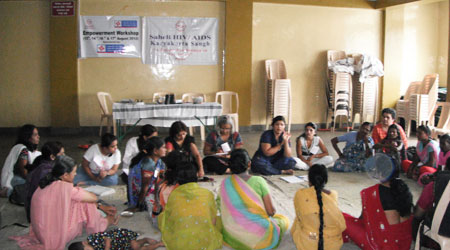 Their demand comes in the wake of the recent statements by agencies calling for regulation of sex work. The Chairperson of the National Commission for Women (NCW), Ms. LalithaKumaramangalam has stated that the Commission is considering mooting a proposal to legalize and regulate sex work.

The sex workers denounced the move and stated that the decision does not consider or include the voices and experiences of the sex workers. Urging the government to listen to the views of sex workers who will be impacted by any changes in the laws and resulting policies, the women stated that they were calling for removal and repeal of all laws that were being used to arrest consenting adult women in sex work, rescue them or place them in corrective homes against their consent.

“We are entitled to the same protection and dignity as every other citizen. Despite this, existing laws are used to harass and punish adult consenting sex workers. We are demanding that these laws are repealed so that we can live a life of dignity and earn a livelihood.”MeenakashiKamble, VAMP, Sangli.

“We are opposed to any regulation that forces women to undergo compulsory health check -up, compulsory licensing and designated zones for sex work. These violate our rights to free movement and work. We hope the government will instead support us by removing the existing laws that criminalize us.” 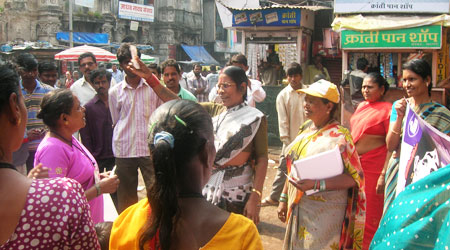 Help us raise money for our humanitarian causes, Give us a call, email us..